The International Conference on Coordinated Regional Climate Downscaling Experiment (ICRC-CORDEX 2019) was held on the 14 to 18 October 2019, in Beijing, China. The expected participants to attend the event were almost 300 regional climate researchers, decision makers and users of regional climate information from more than 70 countries.

The conference was organized by the Swedish Meteorological and Hydrological Institute (SMHI), which hosts the International Project Office for CORDEX (IPOC), in cooperation with the Chinese Academy of Science and The World Climate Research Programme (WCRP).

During the conference, the two new flagship pilot studies (FPS) were announced:

#2 High resolution climate modelling with a focus on mesoscale convective systems and the associated precipitation over the Third Pole region, which includes the Hindukush-Karakorum-Himalaya region and the Tibetan Plateau. This region is the source of the ten major river systems that provide irrigation, drinking water and power for over 1.3 billion people in Asia – nearly 20% oft he world’s population.

Additionally, GERICS co-convened 2 workshop sessions on climate services and urban. Gaby Langendijk organized and moderated the Early Career Scientist (ECS) Event on „CORDEX data for projections and applications – let’s focus on the user“. Gaby was also one of the organizing committee of the conference.

The availability of CORDEX-CORE data was announced paving the way for further regional collaborations such as climate studies in Africa, Australia, Southeast Asia and process studies such as cyclones and extremes. 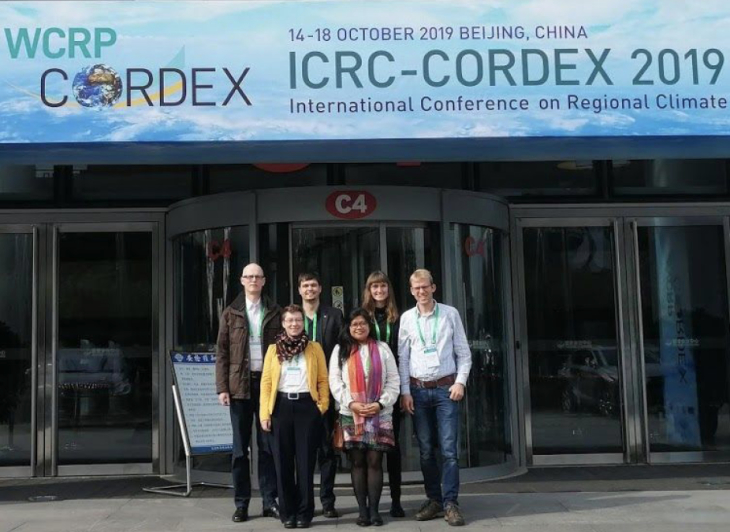