On Friday, 6 December 2019 Future Earth and the Earth League will officially hand over the „10 New Insights in Climate Science“ to UNFCCC’s Executive Secretary Patricia Espinosa at the COP 25 in Madrid, Spain.

Dec 6, Madrid – The pace of contemporary rise in greenhouse gas concentrations is unprecedented in climate history over the past 66 million years and weather extremes are the “new normal,” according to some of the latest findings in climate science compiled in an easy-to-read guide for negotiators, policymakers, and media for the COP25 summit in Madrid.

The “10 New Insights in Climate Science,” will be presented to UNFCCCs Executive Secretary Patricia Espinosa at the United Nations Framework Convention on Climate Change 25th Conference of the Parties (COP25) in Madrid, 6 December, 2019, and distributed to negotiators and journalists.

Science to COP25: Weather extremes are a new normal, and billions of people are at risk 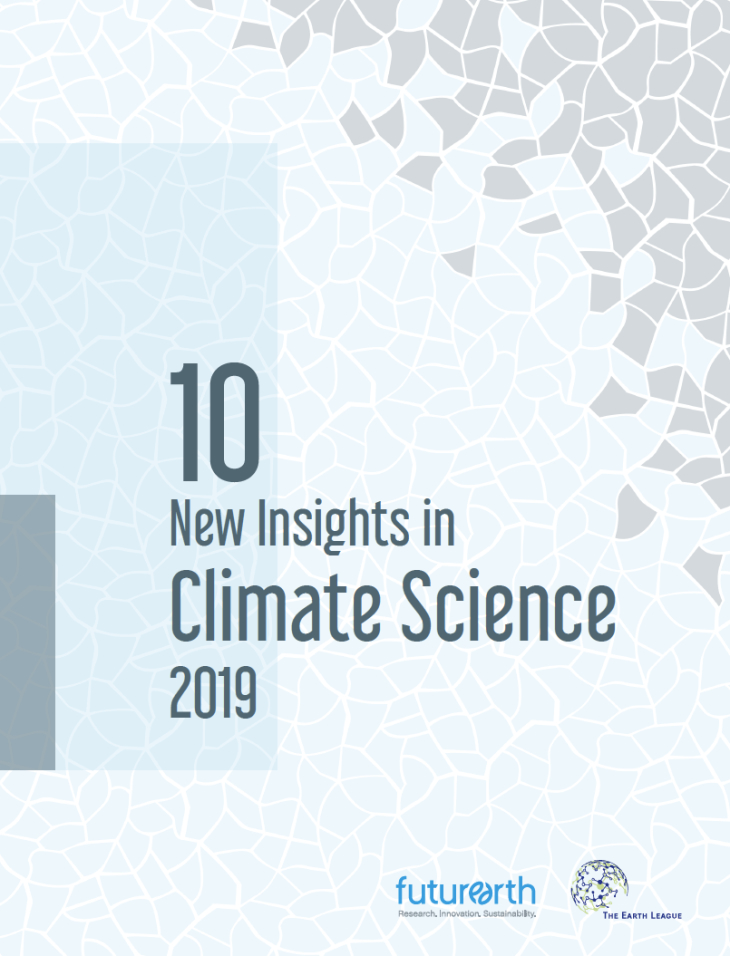 The report highlights the most recent advances over the last 12 months in the scientific understanding of the drivers, effects, and impacts of climate change, as well as societal responses. It is the third annual publication by Future Earth and The Earth League, two major international organizations representing networks of global sustainability scientists. It summarizes recent Earth-system science, policy, public health, and economic research.

"The key insight from the latest climate science is that the Paris climate target of limiting global warming to 1.5°C, is a planetary boundary we pass at our own peril, putting all future generations at risk,” says Johan Rockström, director of the Potsdam Institute for Climate Impact Research and co-author of the report.

“Earth observations show that big systems with known tipping points are already now, at 1°C warming, on the move toward potentially irreversible change, such as accelerated melting of Greenland and West Antarctic ice sheets, drying of rainforests, and thawing of Arctic permafrost," continues Rockström.

Each of the 10 chapters have been reviewed by some of the world’s leading scientists to provide a trustworthy, accurate, and unbiased summary of the latest
climate science.

These insights come after two landmark reports in 2019 from the Intergovernmental Panel on Climate Change, Climate Change and Land and Ocean and Cryosphere in a Changing Climate, as well as “United in Science,” a scientific synthesis by the world’s leading climate science organizations released in September 2019.