GERICS at AGU and the WCRP Climate Science Week

The American Geophysical Union (AGU) Fall meeting took place from 9-13 December in San Francisco, USA. The World Climate Research Programme (WCRP) held their 40th anniversary symposium and Climate Science week before and during the AGU Fall meeting. GERICS staff members were actively present in a diverse set of activities at the events.

The American Geophysical Union (AGU) Fall meeting is the largest convening of geophysical scientists in the world (>25.000 participants) and held its 100th Anniversary celebration this year. Alongside the scientific oral sessions and poster sessions, the special Centennial programme reflected on past AGU achievements and visions for the future. Herewithin, Gaby Langendijk was invited by AGU to present on the topic of urban futures under climate change during the conference. AGU was an excellent opportunity to learn about and to share science, as well as to connect with colleagues in the different fields present at the conference. 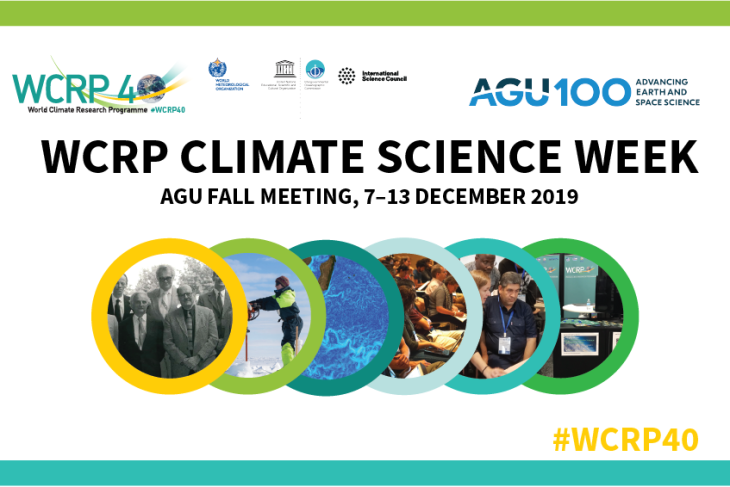 During the WCRP 40th anniversary symposium past achievements of the community were highlighted and future directions were discussed for climate research. Invited keynote talks and pitches shed light on the history, pressing science successes and challenges, as well as the indicated ways forward for WCRP. On the latter topic, Gaby Langendijk was invited to present an Early career perspective on the future of WCRP and climate science.

The Coordination Office for WCRP Regional Activities (CORA) which is hosted at GERICS took part in WCRP's Climate Science Week. Beside the anniversary symposium, WCRP organized four Townhall and a Union session that focused on the four objectives of WCRP's new strategic plan. The sessions were started with overview talks from experts of the respective field and later gave the opportunity to engange in the topic through questions to the expert panel. With these events, WCRP presented its future ideas to the scientific community and collected input on the implementation of these goals. CORA actively participated in these events and used the opportunity to engage with WCRP's member in the planning of future steps. It also took part in meetings of WCRP's core projects that took place alongside AGU.

As a part of the WCRP Climate Science week, an ECR workshop took place on 7 December, entitled ‘The water cycle in a 1.5°C warmer world: Interdisciplinary approaches’. It was organised by and for early career researchers, by the Young Earth System Science (YESS) community, the Young Hydrologic Society (YHS) and APECS. The workshop was supported by WCRP and AGU. The programme offered a mix of presentations and discussions among early career scientists in break-out groups.